File contains material related to the Environment and Land Use Committee job positions, budget, and activities including correspondence and press releases, as well as a proposal for a possible B.C./Federal Agreement on Indian Development and Claim...

Contains letter addressed to Williams regarding the usefulness of the Department of Indian Affairs and the radicalness of certain 'tribes', including those in Chilliwack area.

File consists of a manuscript of the printed 1st version of Il divertimento barocco including the composer's handwritten edits as well as a photocopy of the invoice agreement between Sokolovic and UBC regarding her donation to the Canadian Wo...

File consists of documentation of arrangements included in Monk Feldman’s contributions to the Canadian Women Composers Collection as well as a signed agreement and multiple emails between her and Kevin Madill, the Head Librarian at UBC’s Music, A...

File consists of a copy of Monk Feldman’s article, “Music and the picture plane: Poussin’s Pyramus and Thisbe and Morton Feldman’s For Philip Guston,”originally printed in the Autumn 1997 edition of RES 32, the Peabody Museum of Harvard University...

Series consists of scores, edits, correspondence, and a publication related to Barbara Monk Feldman’s compositions The Northern Shore for Percussion Piano and Chamber Orchestra and The Pale Blue Northern Sky. Correspondence is mainly between the a...

Photographs depict: Di Castri's unique piano preparation for Sprung Testament; Di Castri handing her scores over to Kevin Madill, the Head Librarian of UBC's Music, Art, and Architecture Library, for the purpose of this collection; and a...

File consists of a related composition entitled Patina, a musical program, and an essay by Di Castri as well as an agreement, invoice, and various correspondences between her and Kevin Madill, the Head Librarian at UBC’s Music, Art, and Architectu...

File consists of materials that served as inspiration to Di Castri during the writing of Sprung Testament, including Beethoven letters and “The Topography of Tears,” a photographic investigation of tears by Rose-Lynn Fisher.

File consists of photocopies of notebook sketches created by Di Castri during initial brainstorming for her collaboration with Jennifer Koh.

File consists of initial ideas, planning notes, and a draft of Movement 2 of Gateways, entitled "slow fires," along with handwritten edits and notes.

File includes initial ideas, concepts, sketches, and a working draft for Movement 1 of Gateways, entitled "a letter to home," along with handwritten edits and notes.

File consists of the full orchestration of Gateways with handwritten edits that build on the previously submitted chamber version as well as the final orchestrated score. The edits include information about when changes were made according to what...

File consists of five large format artist proofs of photographs that were printed during Carruther’s residency at the Banff Centre for the Arts. They measure 29” x 44” (74cm x 112cm) and are comprised of giclée on Epson enhanced matter paper.

File consists of the artist’s written statement about herself and her work as well as instructions for playing slippages.

File consists of 27 pages, made up of a front cover, 25 score pages, and back cover. The graphic score is on 18” x 24” bespoke St-Armand cotton paper, in acrylic ink with sea salt.As for the art itself, Carruthers worked with a palette of yellows,...

File consists of photos of the graphic score templates that were used to create the conductor’s score.

File consists of the bound score created by Maestro Jonathan Girard and Deborah Carruthers with the forScore music app to be used in the performance of slippages by the UBC Symphony Orchestra as well as the transparent overlay they used to map out...

Series consists of the Augustus Pemberton and Inferior Court of Civil Justice sub-series. The series is comprised of two-hundred and fifty case files containing a total of seven hundred and twenty-three documents from 1858 to 1891. This collection...

Part of Wallace B. Chung and Madeline H. Chung collection

Records with photographs of 31 men admitted to the B.C. Penitentiary – N.B. social & racial traits linked to their criminality & personal biographies

File consists of administrative records from the British Columbia Penitentiary’s pertaining to 30 men sentenced to serve terms there, dating from 1939 - 1941. These records contain details such as biographical information, crime(s) committed, prev... 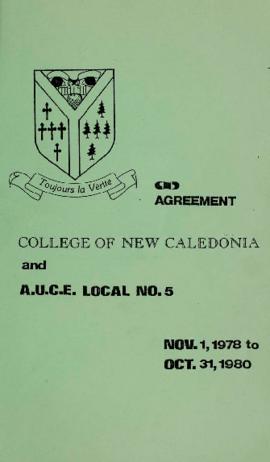 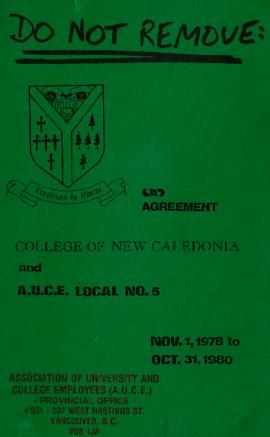 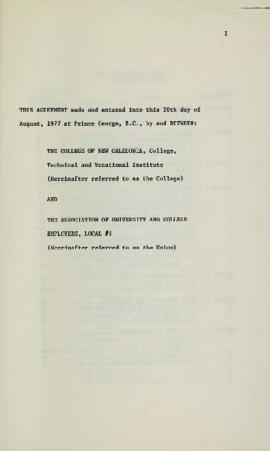