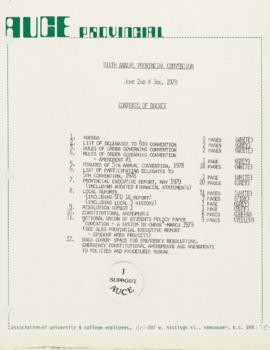 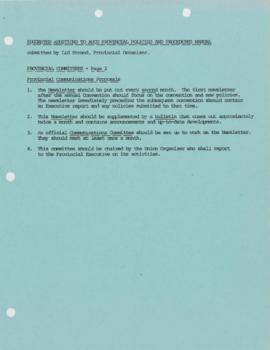 File contains the sixth annual Convention Docket dated June 2-3, 1979. Records in the docket include an agenda, list of delegates, rules of order, minutes of the fifth annual convention (1978), a detailed provincial report including financial statements, detailed reports of Locals including information on the SFU 18 and the history of Local 3 (NDU), resolutions and amendments, and a National Union of Students policy paper from March 1979 entitled "Education: A system in chaos." File also contains the back cover of the docket which has been intentionally left blank, as well as a list of suggested additions, emergency amendments, and resolutions.