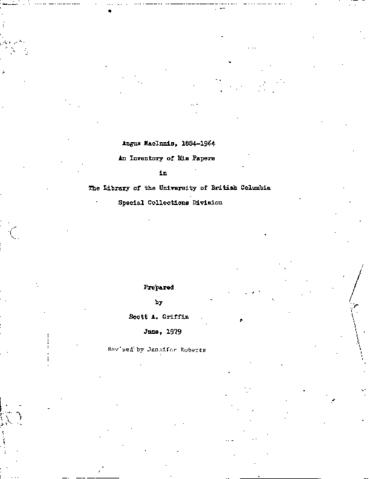 Physical location of this fonds is box 70 to 75 in the Angus MacInnis Memorial collection.