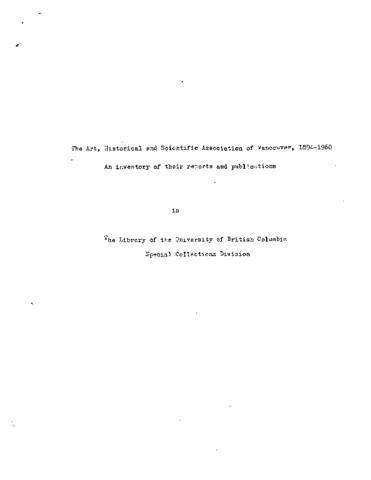 Concern about the preservation of British Columbia history resulted in the formation of the Art Association in 1887. Five years later the mandate of the organization was expanded to include history and literature and the name was changed to the Art, History and Scientific Association. The Association was incorporated in 1901. The Association regarded the preservation of native Indian relics of primary importance. Its collection was housed and displayed in various locations until 1904, when it was moved to the Carnegie Building. The organization eventually became the Vancouver Museum Association.