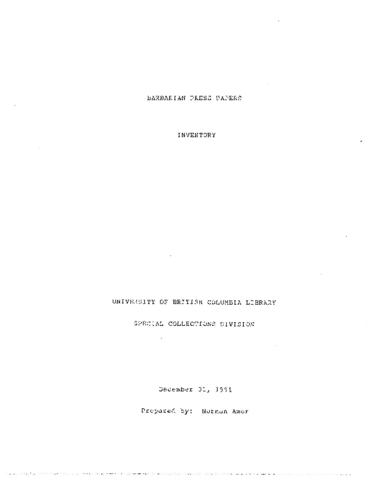 Barbarian Press was founded in 1977 by Crispin and Jan Elsted. They both received M.A. Degrees in English at the University of British Columbia in 1975, and after a year of teaching in the English Department, they travelled to England to work toward Ph.Ds at King's College, London. The Elsteds established Barbarian Press on their return to B.C. in 1978. Settling at Steelhead, north of Mission, the Elsteds have published continuously since then, producing both commercial work (stationery, cards and other job printing) and fine presswork: illustrated monographs, miniatures, pamphlets, broadsheets and keepsakes.