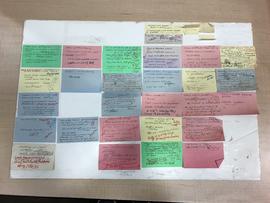 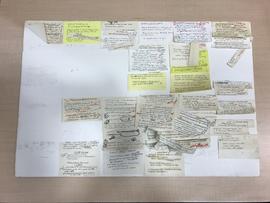 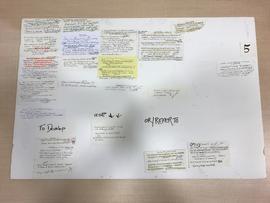 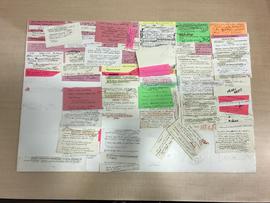 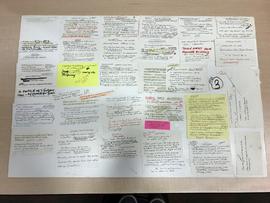 8.06 m of textual records and other material

Beverley Simons, née Rosen, was born on March 31, 1938 in Flin Flon, Manitoba. When Simons was 12, her family moved to Vancouver for a year and then to Edmonton. She studied piano starting as a child and at age 16 she was offered scholarships to the Juilliard School, Conservatoire de Paris, and the Toronto Conservatory of Music. However, she chose not to continue studying music, influenced by her high school theatre experiences with teacher Walter Kaasa (actor, teacher, and later assistant deputy minister of culture, Alberta). In 1954, also at the age of 16, Simons won a national writing contest for high school students for her verse drama, Twisted Roots. In 1956, Simons began studying English literature at McGill University, and was one of the founders of the McGill University Players Club.

In 1958, she accepted a summer creative writing scholarship to the Banff School of Fine Arts, where she produced her first full-length play, My Torah, My Tree. On August 24, 1958, Simons married Sidney Simons, who became a criminal defence lawyer. After getting married, Simons transferred to the University of British Columbia. She graduated in 1959 with a BA, majoring in English and theatre. Simons also acted, starring in The Lark, by Jean Anouilh, produced by Vancouver Little Theatre.

In 1959, after her graduation, Simons and her husband spent two years travelling through Europe. While travelling, Simons began work on a new play, The Elephant and the Jewish Question. Simons completed this play on her return to Vancouver in 1961 (premiered by Vancouver Little Theatre) and began writing another, a one-act play, Green Lawn Rest Home (later premiered by Savage God/SFU). From 1961-1965, Simons’ three children were born, and she wrote three film scripts commissioned by CBC-TV: Encounter, If I Turn around Quick (published in The Capilano Review, vol. 8 & 9, fall 1975/spring 1976), and The Canary. Later, the National Film Board also commissioned Simons to write a feature-length screenplay, A Question of Symmetry. She wrote a sequel feature screenplay, Ezekiel Saw A Wheel, on spec.

In 1967, the Canada Council awarded Simons a ‘B’ grant, to support her in writing a new play. Simons used the grant to fund a trip to Japan, Hong Kong, and India, where she investigated diverse theatre conventions. She then wrote Crabdance, the play for which she is best known. In 1969, Crabdance was produced by A Contemporary Theatre (ACT) in Seattle, Washington. In January 1972, Crabdance was produced by the Vancouver Playhouse Theatre Company in Vancouver, BC. During August 1972, the play received a semi-professional production at Neptune Theatre’s second stage in Halifax, NS. In 1975, Crabdance was produced by the Manitoba Theatre Centre, and in 1976 by the Citadel Theatre in Edmonton, AB, with a video of the production made by ACCESS Alberta. An adaptation of the play was produced and broadcast nationally on CBC-Radio in 1976.
In this period, Simons also completed four one-act plays, Preparing (premiered by Tamahnous Theatre, Vancouver), Prologue, Triangle, and The Crusader (all three produced by One Yellow Rabbit Performance Theatre, Calgary). Talonbooks published two volumes of Simons’ dramatic works: Crabdance, and the collected one-act plays (including Green Lawn Rest Home), titled Preparing. In 1976, Simons published a new full-length play, Leela Means to Play, in the Canadian Theatre Review volume 9, an issue dedicated to her work. This play was chosen for workshop production in 1978 at the Eugene O’Neill Theatre Centre in Waterford, Connecticut, but it has not been fully staged.

In the following years, Simons began work on a trilogy of novels, with the series entitled Da Vinci’s Light. A short excerpt was published in 1985 in the volume Vancouver Fiction, Polestar Press. Some of Simons’ short fiction pieces were published in Vancouver-based magazines, including PRISM International and “the best of blewointment”. Simons contributed an essay on world drama to a series program for the World Festival, EXPO 86 Vancouver. In addition, Simons wrote manuscripts of several children’s books.

In 1991, the Canada Council for the Arts awarded her an ‘A’ grant to support her creating a new full-length play, Now You See It. When finished, this piece was workshopped by Necessary Angel Theatre Company, Toronto, but has not been fully staged. Simons worked on various projects throughout the 1990s and 2000s, focusing most often on Da Vinci’s Light, large portions of which are mostly complete. One radio play, Hunting the Lion, was produced by CBC-Radio, and Crabdance was produced again in 1994 (translated into French) at Sigma, an arts festival in Bordeaux, France.

Simons gave lectures throughout her writing career, especially from 1973-1994. Simons spoke mostly at universities, including Simon Fraser University (1973, 1983), University of British Columbia (1987), York University (1994), and University of Bordeaux (1994). In 1984, she was artist in residence at the University of Lethbridge. She also gave readings at these institutions and at other public literary reading series in Vancouver, Brackendale, and Nelson, BC, and at Harbourfront, Toronto (sharing the stage there with Robert Lepage). Finally, Simons served as jury member for several Canada Council grants during 1990-1991.

The fonds consists of records related to Simons’ writing career, travels, and personal life. Records span a period from Simons’ early years in university to 2012 and were created predominantly in Vancouver, British Columbia. Some records were created during Simons’ travels in England, France, Japan, Hong Kong, India, and Burma. The fonds comprises the following three series: Literary Works; Professional and Personal Records; and Travel Records.

The Travel Records series aggregates records from Simons’ three major trips: Europe from 1959-1961; Japan, Hong Kong, and India from 1967-1968; and Hong Kong, Burma, India, and Japan in 1986. Simons attended many plays, conferences, and art shows while traveling and preserved programs as a source of inspiration for her creative work. Simons also maintained correspondence with friends and family during her travels. Record types include programs, personal and professional correspondence, personal photographs, and Simons’ notes on various activities.

Some records in the fonds feature rusting inorganic materials (e.g. staples and paperclips) that should be removed in the future. Additionally, some textual records on thermal fax paper should be re-copied onto a more durable medium for long-term preservation.

The fonds was donated to UBC Rare Books and Special Collections in the spring of 2017 by Paris Simons, Beverley Simons’ son.

The original physical order of Simons’ files has been maintained in the Professional and Personal Records series, where many files are arranged chronologically. The remainder of Simons’ records have been physically re-arranged by the archivist to correspond with the intellectual order outlined in this finding aid. The archivist’s re-arrangement of Simons’ literary manuscripts was particularly intensive; the archivist attempted to aggregate materials for particular projects whenever possible. For example, all of the records related to the novel trilogy Da Vinci’s Light have been physically grouped together. The archivist did not attempt to chronologically sort project-specific materials, as many records were undated.

Some files are restricted to protect private information.

An accrual consisting of 30 audio cassettes, including digital versions of 22 of the cassettes, and four video files was acquired in July 2019.

Some records in the fonds, including those created by Beverley Simons, are protected under copyright. Permission to reproduce copyrighted materials must be obtained from the copyright holder(s). See archivist for details.

The archivist has attempted to remove rusting inorganic materials from the fonds, but some undoubtedly remain.