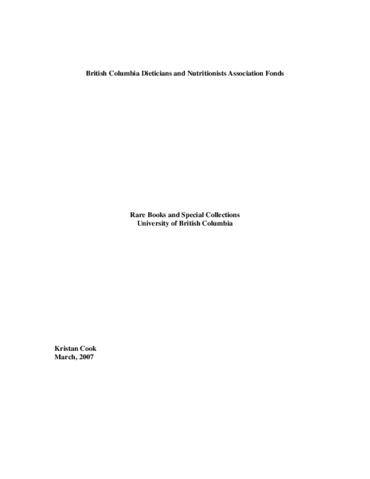 The fonds consists of administrative and organizational records created by the British Columbia Dieticians and Nutritionists Association.

Textual materials were removed from binders for preservation purposes.

Arranged according to Original Order.

Identification of individuals in the photographs is based on the handwriting of BCDNA members attached to photographs.