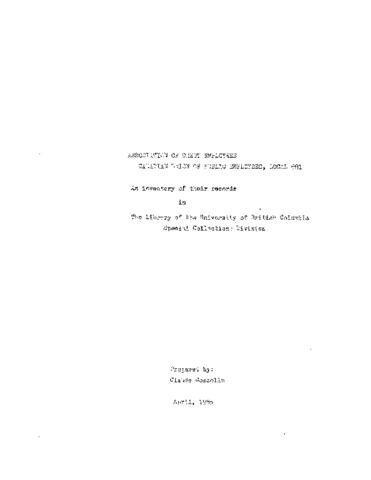 The Association of Chest Employees received its certification from the Labour Relations Board in 1963. Initially, there were four member agencies: The Vancouver Epilepsy Society, The Children's Foundation, The John Howard Society and The Family Service Agency of Greater Vancouver. The Association of Chest Employees, representing social workers in these agencies, elected in 1964 to affiliate with CUPE as Local 881. At present the employees of The John Howard Society are the only remaining members of Local 881. The other organizations have been incorporated into the Ministry of Human Resources.