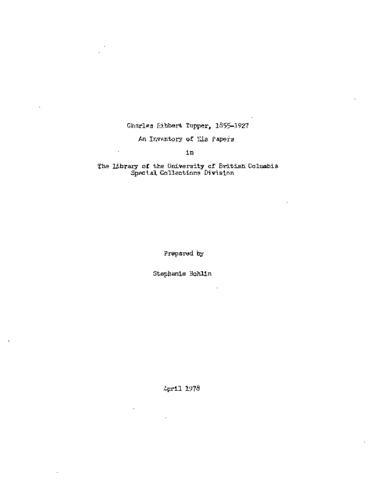 Born in Amherst, Nova Scotia, Charles H. Tupper became a lawyer. He entered politics in 1882, representing Pictou as MP in the House of Commons. He served as Minister of Marine and Fisheries (1888-1894) and later became Minister of Justice. In 1892 Tupper became an agent for Great Britain in the Bering Sea fishing question, and for his services in this capacity, he was honoured as K.C.M.G. in 1893. He later moved to Vancouver to practice law.