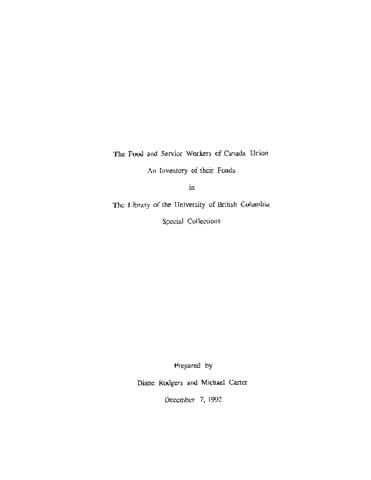 The fonds consists of correspondence, minutes, case files, convention material and other textual records relating to the activities of the Food and Service Workers of Canada Union and its predecessor unions, the Canadian Food and Associated Services Union and the White Spot Employees Union.