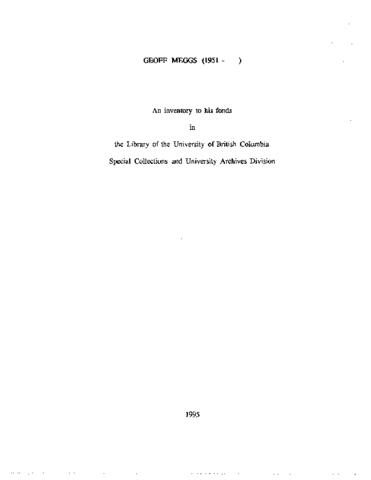 Geoff Meggs is a Vancouver journalist who began his career as an oil and gas reporter and wire service editor. In 1978, he was appointed editor of "The Fisherman", published by the United Fisherman and Allied Workers' Union. His special investigative reports on environmental issues, aboriginal rights and government fisheries policy have won several awards. He was appointed communications director for the Hospital Employees' Union in 1990.

The fonds consists of a draft of "Salmon: The Decline of the British Columbia Fishery", which includes footnotes that were deleted in the final version; sound cassettes and transcripts of interviews with prominent persons in the fishing industry and computer disks including various drafts of the book.