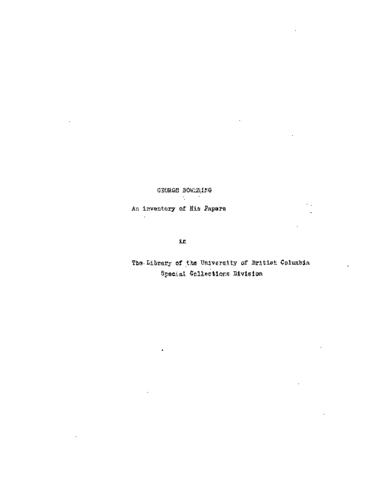 George Bowering was born in Penticton, B.C. He attended Victoria College and then the University of British Columbia, where he obtained his B.A. in 1960, then his M.A. in 1963. He also attended the University of Western Ontario from 1966-1967. Bowering worked at a variety of jobs: aerial photographer with the RCAF (1954-1957), fruit-picker, and editor of and contributor to magazines in Canada and the United States. Bowering was writer-in-residence and lecturer at Sir George Williams University (1967-1971) and a member of the Department of English at Simon Fraser University.