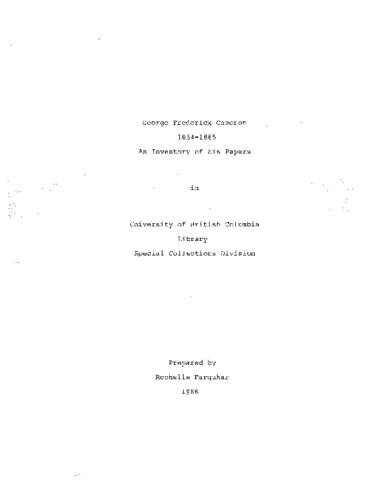 Canadian poet and journalist George Cameron was born in New Glasgow, Nova Scotia. After moving with his family to Boston, he entered the Boston University of Law in 1872. After practicing law briefly in Boston, Cameron returned to Canada and went to Queen's University in Kingston. He spent much of his spare time writing poetry. He became editor of the Kingston News in 1882. Some of Cameron's poems have been published in a book entitled Lyrics on Freedom, Love and Death which was edited by his brother, Charles J. Cameron and published posthumously in 1887.

The fonds consists of manuscript notebooks as well as handwritten and typewritten copies of his poetry.