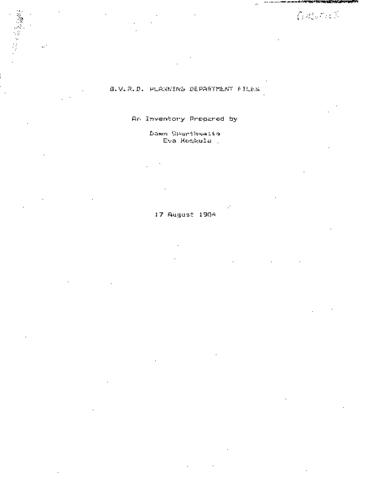 The Lower Mainland Regional Planning Board was established under the provisions of the Town Planning Act (1949). The Board was dissolved in 1969 and then replaced by the Greater Vancouver Regional District Planning Department.

The Lower Mainland Regional Planning Board was formed in 1949. Its purpose was to activate a long range regional plan dealing with the area from Hope to the Gulf of Georgia and to consider, among other things, bridges, highways, airports, industrial, urban, agricultural and recreational areas. Its first survey, presented in March 1952, constituted the first thorough study of the area. It considered future population trends, the course of industrial and agricultural expansion, as well as the problems associated with increasing traffic. The Board's greatest achievement occurred in 1966 with the development and adoption by 28 member municipalities and the provincial government of an Official Lower Mainland Regional Plan. By the time the Board dissolved in 1969, it had completed 40 planning studies, compiled 850 detailed lot-by-lot development maps, and accumulated a planning library of 4,000 volumes. With its dissolution, the Board's planning functions were transferred to the Greater Vancouver Regional District.