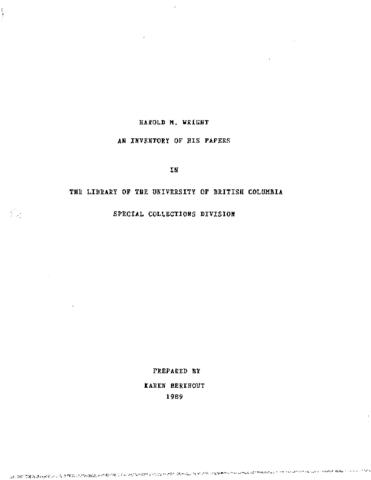 Harold Wright was born in Winnipeg. He received an M.A. in geology from the University of B.C. (1933) and an M.Sc from the University of Utah (1936). He returned to Vancouver, where he established Wright Engineering Limited, a mining and metallurgy firm. Wright was also very active in athletics. He represented Canada in the 1932 Olympic Games and later, as a businessman, played a major role in Canada's successful bid for the 1976 Summer Games. Wright became president of the Canadian Olympic Association. He also served as director of the Commonwealth Games Association of Canada and the British Columbia Sports Federation.