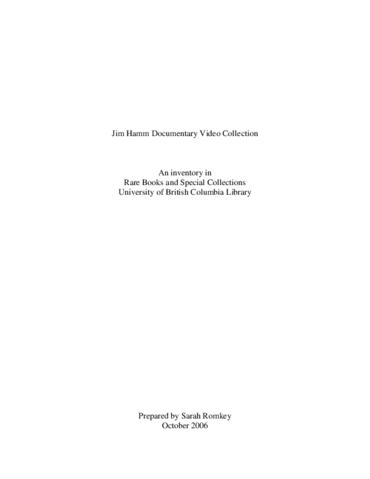 28.5 cm of textual records and other material

Over the years Jim Hamm has production managed the feature films: Terminal City Ricochet, Shelly, and Regeneration . He line-produced the docu-dramas, A Chance For Change, about aids awareness in native communities and The Sentencing Dilemma, an examination of the sentencing issues the courts face when prosecuting assault cases. He also production managed the documentary, Gurdwara – House of the Guru, on the spiritual life of the Sikh community in Vancouver.