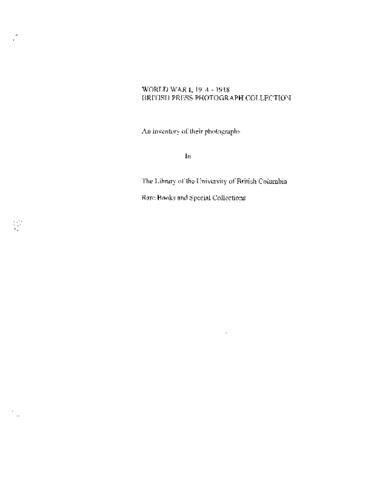 The British Press were given permission to photograph British activities in World War I. Most of the prints are stamped "Passed for transmission abroad" by either the Ministry of Information, Photographic Section or the Associated Illustration Agencies. Although specific photographers are not mentioned, there is a note on the back of most photographs stating, "Please acknowledge "British Official" - Crown Copyright Reserved."