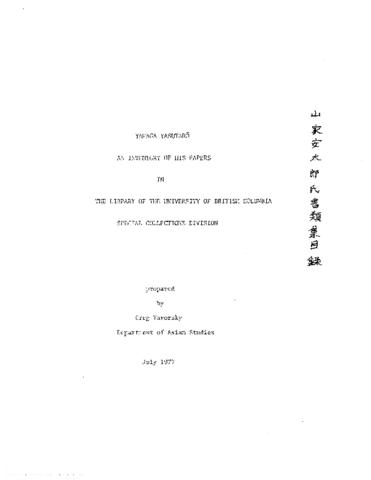 Born in Japan, Yasutaro Yamaga came to British Columbia in 1908. After working as a labourer, he purchased ten acres of land near Haney, B.C. Yamaga led the Japanese Farmer's Union in the Fraser Valley. After World War II, he moved to Ontario, where at Beamsville he established the first home for Japanese Canadian senior citizens (Nipponia Home) in Canada.