Views In the Cascade Mountains: On Coast Exploration of 1874 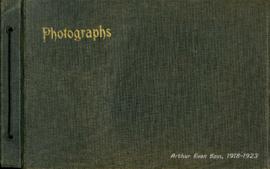