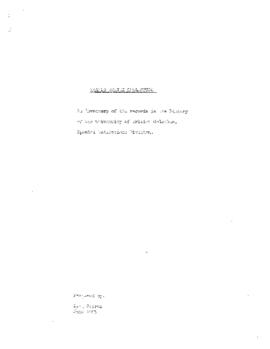 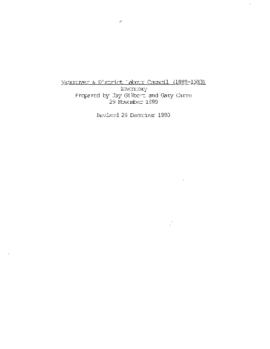 The fonds consists of minute books of both regular meetings (1889-1956) and other Council Executive Board (1907-1920) of the Vancouver Trades and Labour Council (VTLC), affiliated union files and subject files of the Vancouver and District Labour Council (1956-1983). Fonds also includes minutes from the B.C. Federationist (1912-1922), the Vancouver Labour Temple Company (1909-1920), the Oil Refinery Workers' Union (1918-1921) and an address book with clippings from the British Columbia Federation of Labour (CLC).

The fonds consists of 129 reel-to-reel tapes relating to the production of radio programmes on labour including the proceedings of the Vancouver and District Labour Council, Oct., 1977 - May, 1981 (32 tapes) proceedings of British Columbia Federation of Labour conventions, 1975-1979 (64 tapes), proceedings of various union meetings or discussion on specific unions (20 tapes) and other topics relating to the activites of labour such as democracy in Chile (13 tapes).