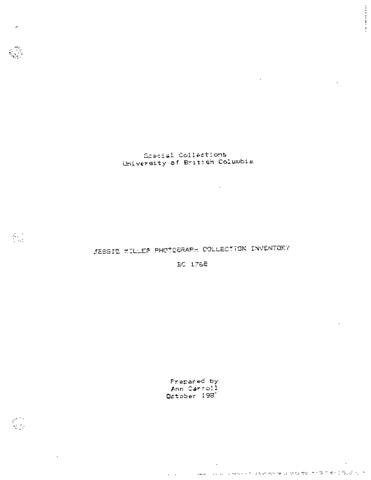 Born in Winnipeg, Jessie Miller worked briefly as an Anglican missionary in Saskatchewan before being posted to a church in Gifu, Japan. She worked largely with women and children, particularly the blind. Except during World War II, she remained in Japan until ill-health forced her to return to Canada in 1969.