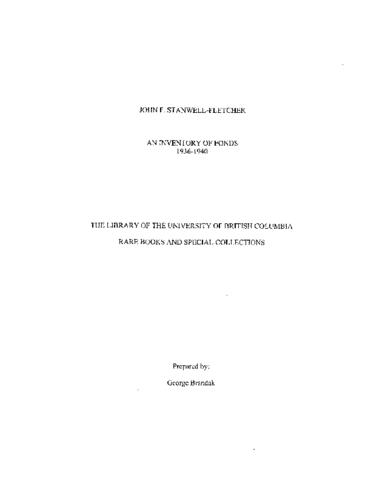 John Stanwell-Fletcher and his wife Theodora were American amateur natural historians resident in Dimock, Pennsylvania. John had taken part in an expedition to Alaska in 1936 and in the summer of 1937, both he and his wife travelled to the Tetana Lake area north of Takla Lake in north central B.C. to study the flora and fauna. The couple spent a total of eighteen months in the area before leaving in January 1940.

The fonds consists of materials generated during the period that the creator visited the B.C. Interior. Fonds includes photographs, sketchbook, and offprint of articles describing the sojourn.