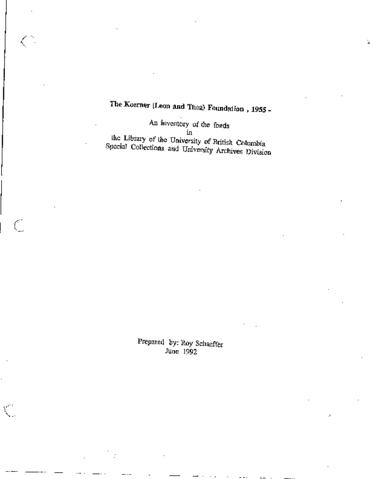 26.85 m of textual records and other materials.

The fonds consists of records chronicling the development of the Leon and Thea Koerner Foundation from 1955 to 2015. It includes grant applications, reports and related correspondence pertaining to the Foundation's activities. Box 96 contains personal items related to Koerner that decorated the foundation offices.

Box 82 files 18-19 are restricted due to containing personal information.