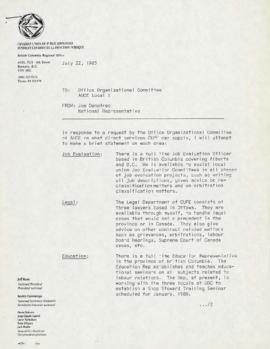 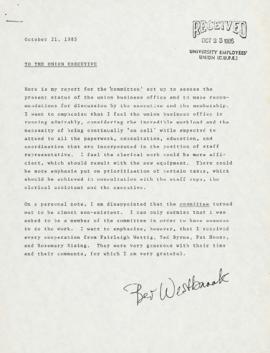 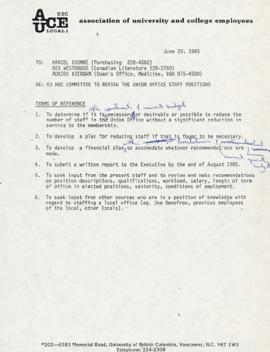 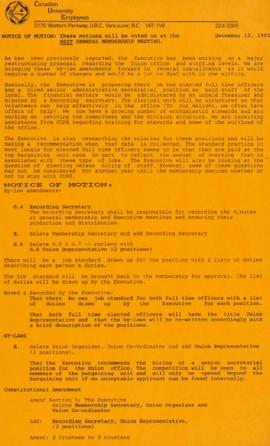 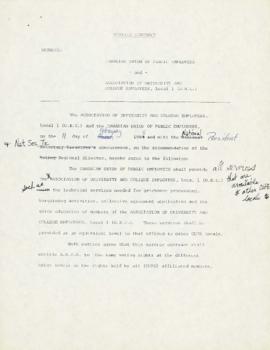 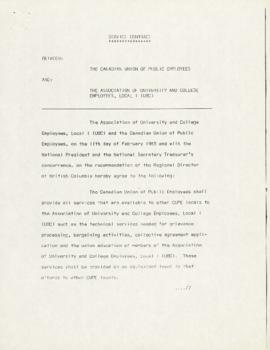 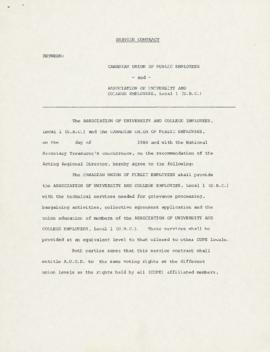 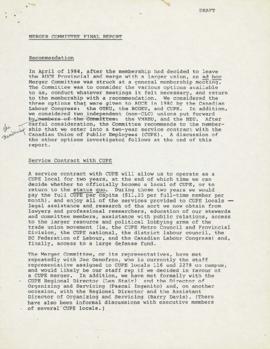 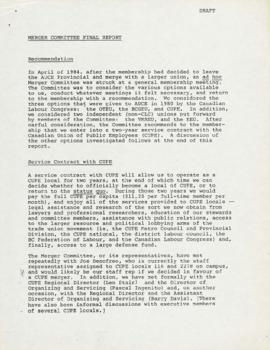 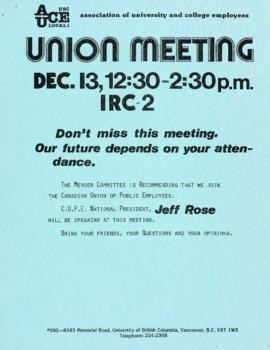 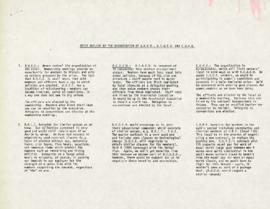 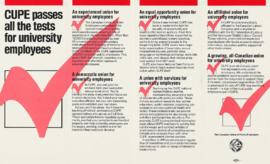 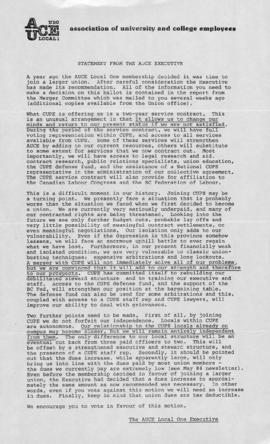 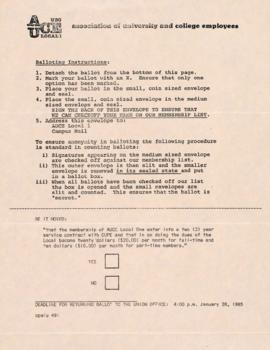 File contains correspondence, reports, and other records dated July 22, 1985 to February 11, 1985. Topics discussed include available CUPE services such as legal and research services, an assessment of the union office procedures and staffing, office restructuring and related bylaw amendments, copies of the service contract between CUPE and the AUCE Local 1, drafts of the Merger Committee Final Report, a copy of the final report, an outline of the organization of AUCE, BCGEU, and CUPE, blank and filled ballots along with ballot instructions, a CUPE pamphlet, and a statement from the AUCE executive in favour of accepting the CUPE service contract.