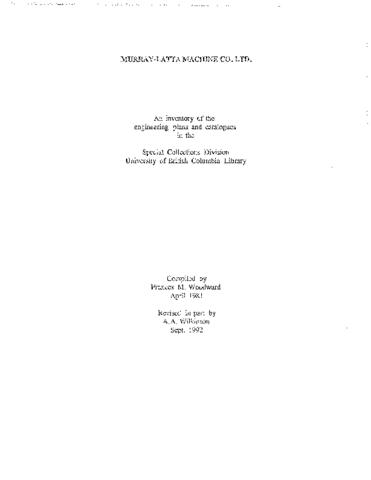 The fonds consists of blueprints, line drawings and sketches and includes a sketch of the "iron chink" dated 1904.