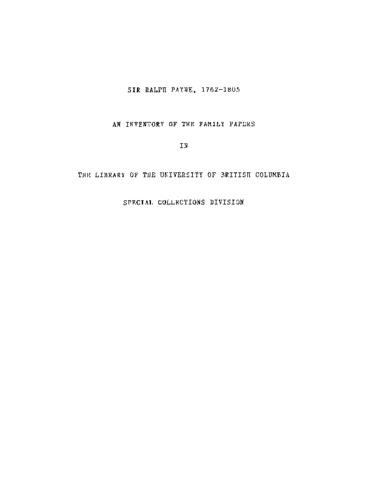 The Payne family first appeared in the Gulf Islands in 1886 with the arrival of Gerald Fitzroy Payne (d. 1952). He was followed the next year by his brother Charles who settled on Saturna Island. In 1892 a younger brother Harold Digby Payne arrived on Saturna and opened a store and post office. Later he followed his brothers' lead and took up sheep raising on the island. Gerald Payne entered the towing business with his brother Jack, who later returned to England. About 1902, a fourth brother, Hubert St. John Payne (1871-1963), an Anglican priest and Harold's twin, arrived in British Columbia. Among his many charges, Hubert was rector of St. Barnabas and St. Mary's Anglican Churches in Victoria, as well as being associated with the B.C. Coast Mission. In 1896, the Paynes' sister Katherine Janet Bradley-Dyne (d. 1954) and her husband George moved to North Saanich, where they bought a farm from Dr. J.S. Helmcken and began raising Jersey cattle. After selling out in 1911, they moved to another farm at Somenos but moved back to the original North Saanich farm in 1934. Eventually, Gerald, Harold and Hubert settled in North Saanich near their sister.