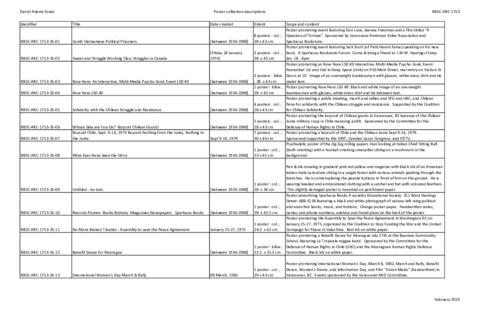 ca. 336 prints and other material

The prints arrived in two boxes with no arrangement. Posters with common themes were roughly sorted and stored together in order to facilitate storage and greater access and retrieval. Oversized posters are stored together for conservation purposes. Further arrangement and description of these prints at the item-level will be a future project.