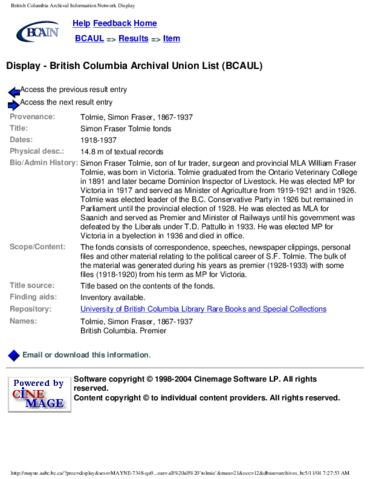 The fonds consists of correspondence, speeches, newspaper clippings, personal files and other material relating to the political career of S.F. Tolmie. The bulk of the material was generated during his years as premier (1928-1933) with some files (1918-1920) from his term as MP for Victoria.