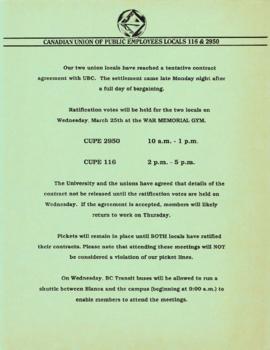 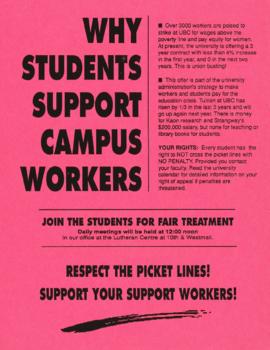 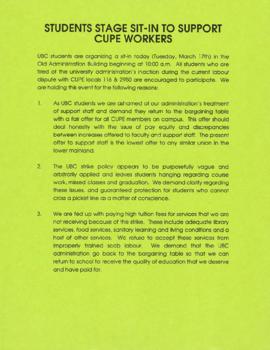 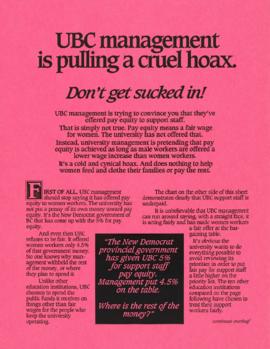 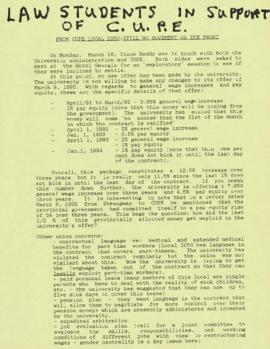 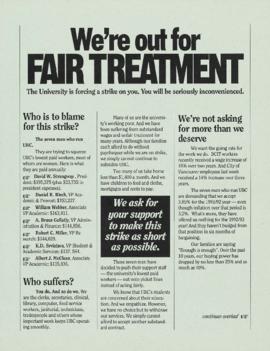 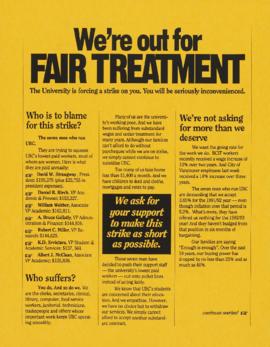 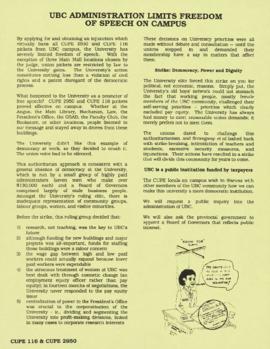 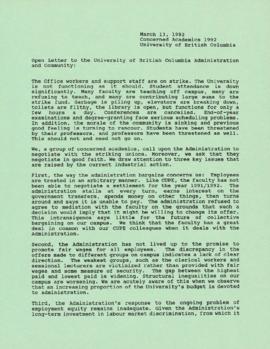 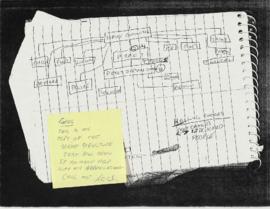 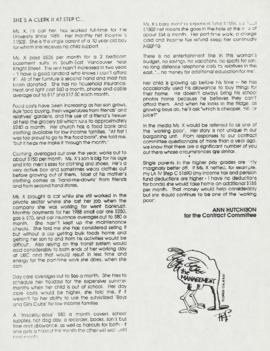 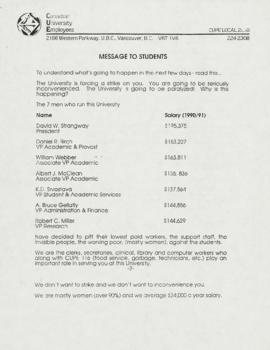 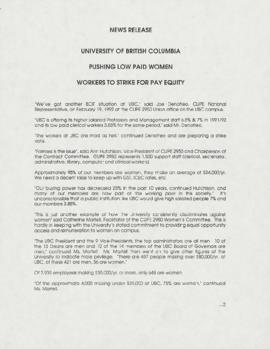 [News clippings and other materials 1992 strike]

File contains multiple copies of fliers dated March 13, 1992 to February 10, 1992, and 3 copies of the Ubyssey "The Strike Issue" dated March 24, 1992. Topics discussed include contract negotiations between UBC and CUPE Locals 116 and 2950, strike actions and picketing, a student sit-in supporting CUPE, wages, a news bulletin from Law Students in Support of CUPE, an open letter to UBC from a group of concerned academics, a letter from the UBC president, and the impact of the strike. File also contains a photocopied diagram of the the strike structure.