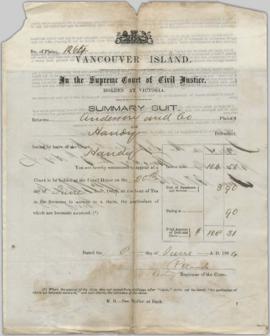 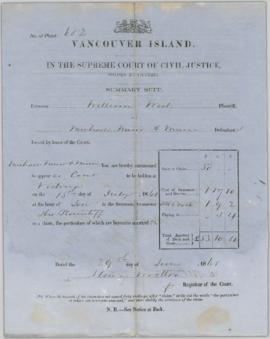 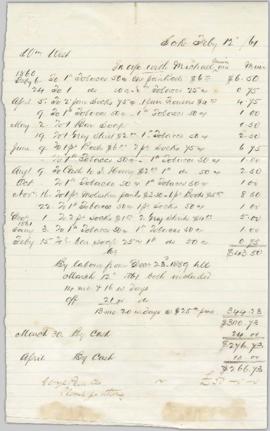 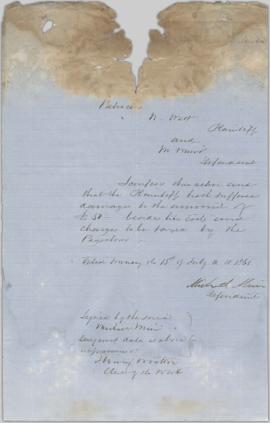 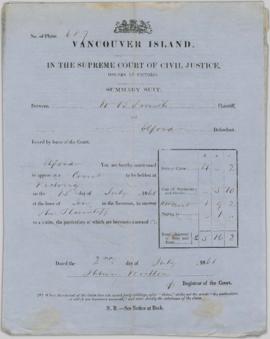 The Supreme Court of Civil Justice was originally established as the Inferior Court of Civil Justice in 1857 by Governor James Douglas to deal with the increasing number of petty claims in Victoria. The court was renamed in 1860. Series consists of records including writs, testimony, judgements, and other pertinent documents related to various cases. These records were produced by magistrates, defendants, claimants, and other relevant (and in some cases historically significant) parties including the first judge in BC, the first Attorney General, the earliest clergy, businessmen, and other prominent figures from this period in British Columbia's colonial history. The materials in this series represent a firsthand look at the business and legal proceedings from the colony's early justice system.