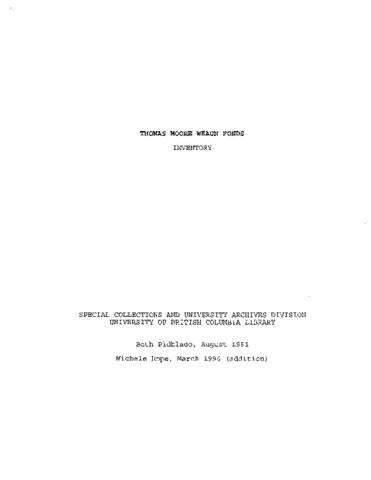 Thomas Whaun emigrated to Canada from Toi-Shan County, Kwangtung province in China in 1907. He anglicised his name (from Tung Mow Wong) and became a Canadian citizen in 1950. Whaun was employed as the advertising manager for The Canada Morning News from 1923 until its demise in 1929 and became the public relations manager and advertising officer of The New Republic Daily, working there from 1933 until his retirement in 1973. Whaun, an early Chinese-Canadian graduate of the University of British Columbia (1927) and the first non-white resident of West Vancouver, became well-known during his nation-wide letter writing protest against the Chinese Exclusion Act.