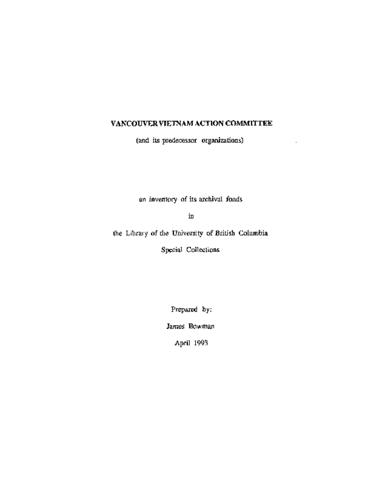 Vancouver Committee to End the War in Vietnam

The fonds consists of minutes, correspondence, financial records and printed material from various Vancouver-based organizations (including the Vancouver Vietnam Day Committee and the Vancouver Committee to End the War in Vietnam) opposed to the war in Vietnam (1966-1972).