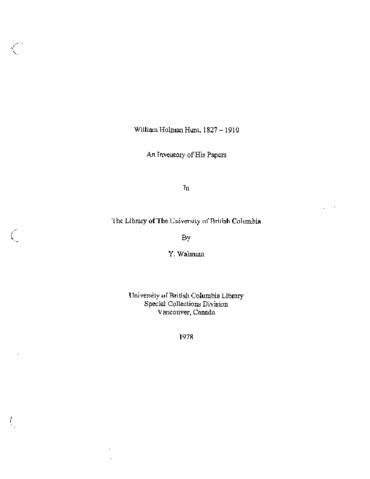 William Holman Hunt was born in London. He became an estate agent in 1843 He entered the Academy Schools in 1844 where he exhibited his first painting, "Hark", in 1846. Hunt's friendship with Dante Gabriel Rossetti was apparent in his work "Rienzi" where the initials P.R.B. (Pre-Raphaelite Brotherhood) appear after his name. Artistic fame finally came with Hunt's "The Light of the World".
In August 1848, Hunt began working with Dante Gabriel Rossetti whose influence became evident when Hunt'b next painting,"Rienzi " (1849), aPpeared with the initials P .R.B . after the surname. This signified Hunt's principle membership in the Pre-Raphaelite Brotherhood, a group with whose precepts he was to remain faithful throughout his life. The Brotherhood's primary members Hunt, Rossetti and Millais used hard colours;, brilliant lighting and meticulous attention to detail to establish a style that was to herald a new movement of painting in England.
Hunt traveled with Rossetti to Paris and Belgium and completed "Chtistians Escaping From the Druids" in 1850, but public hostility towards the Brotherhood caused the picture to be unappreciated. Although John Ruskin praised "Valentine Protecting Sylvia From Ptoteus(1851), it was not until the showing of "'The Light of the World" (1853) that Hunt won artistic fame . From 1854-55 Hunt visited Syria and Palestine, where he painted with the symbolic religious imagery that was to dominate his remaining work . Among his important later paintings are : "The: Shadow of Death" (1870), "The Triumph of the Innocents" (1884), "May Morning on Magdalene Tower" (1889), and "The Miracle of the Sacred Fire (1898). In 1905, Hunt published his controversial book Pre--Raphaelitism and the Pre-Raphaelite Brotherhood and was awarded the Order of Merit. He died in London,September 1910 and was buried at St. Paul's Cathedral.

Additional material pertaining to Hunt can be seen in the Angeli-Dennis Papers and the Leathart Papers.