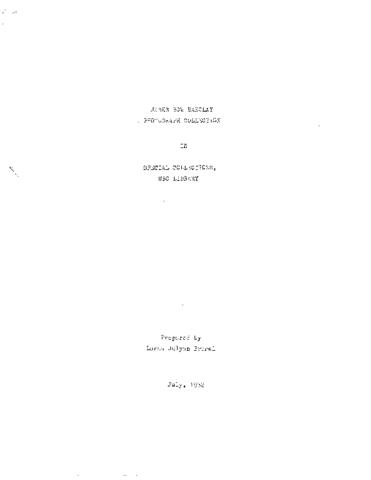 James Barclay was born in Gourock, Scotland. After receiving his education in Scotland he worked in Shanghai, China as an engineering assistant. In 1928 Barclay decided to join his parents in North America. Leaving China, he arrived at the port of Seattle and from there made his way to Vancouver, B.C. After working in Trail as a draughtsman for Consolidated Mining and Smelter Company of Canada, Barclay moved to Vancouver where he became a member of the Canadian Professional Engineers. Thereafter, he worked on a number of construction projects in the city, including the Burrard Street bridge.