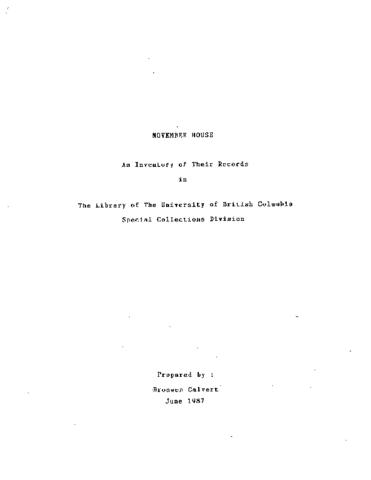 November House was established as a publishing company in 1969 after Jake Zilber (of the University of British Columbia's Department of Creative Writing) approached literary agent Cherie Smith for assistance in publishing a book written by a student. Smith assumed the initiative to establish the company, and the book, "Summer of the Black Sun" by Bill O'Brien, became November House's first title. Since this time the company has grown and published many other books.

The fonds consists of correspondence, financial records and manuscripts generated through the publishing activity of November House.